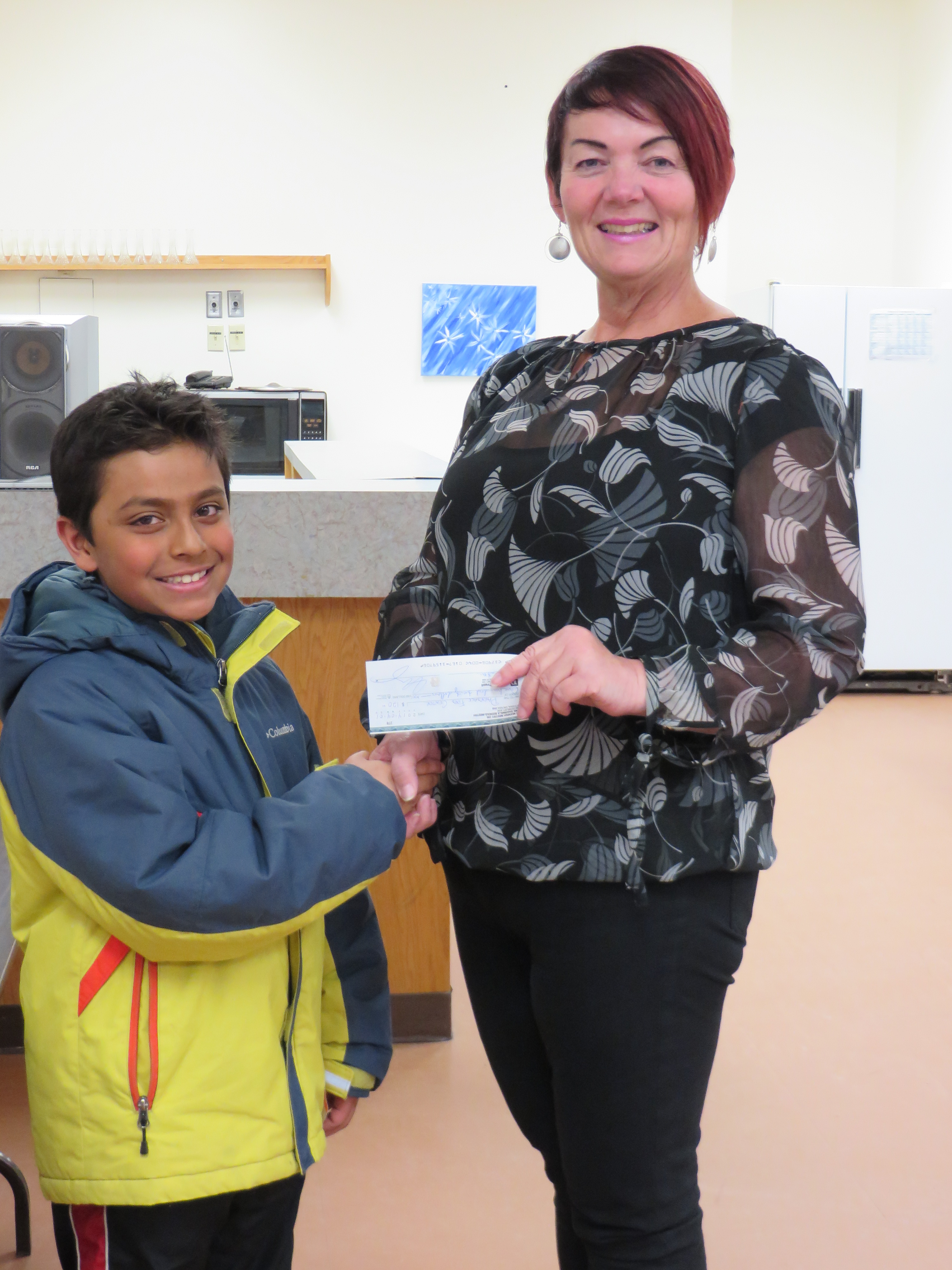 I met J.J.’s mother at a Taste of Wellington last summer. I was a woman on a mission, spreading the word about poverty and food insecurity in an increasingly affluent Wellington West and Hintonburg. She was innocently trying to nab a free but famous mini Flying Banzini cheesecake.

Months later she was at our door with a wide-eyed J.J. He came to ask me a question. “What can I do to help,” he said somewhat shyly.

I knew he had already done the most important thing…he showed interest.

J.J. listened while I spoke about poverty and poor nutrition, the horror of old school food banking and the joy to be had in sharing. We talked about the meaning of empathy and the importance of caring for others.

J.J.’s father is a dentist. He immediately offered toothbrushes. My eyes lit up because toothbrushes are expensive and when forced to choose between buying whole foods or toothbrushes, real food always wins out.

Last week J.J. turned 10. He remembered what his mother had told him about hunger in his neighbourhood. “I didn’t really need anything,” he told me as his mother handed me a cheque for $120 –the proceeds from his no-present birthday party.

I’m smiling in this photo. But inside I am doing cartwheels.